Stephane started playing basketball at the age of 14, in Aveley Club Portg-Gentil for coach Onanga Maxwell.  Aveley Club is a youth club created as an after school program. At 16 he was selected to Gabon national team. Spent 5 seasons (1998-2003) with the national team and coach Arimbi Nkolo.  While attending Leon MBA High School from 2000-2002, where he played for coach Ebolo Firmin in the African High School Federation.  Played for Capo Liberville in the 2002 FIBA Africa Basketball Club Championship and for Gabon in 2005 FIBA Africa Championship. Moved to the U.S. in February 2003 and enrolled in ESL program at Emmanuel college. Stephane showed an outstanding performance in the Eastern Invitational (N.J.) All-Star Game in July of 2003 earning attention from major D1 basketball programs around the country. 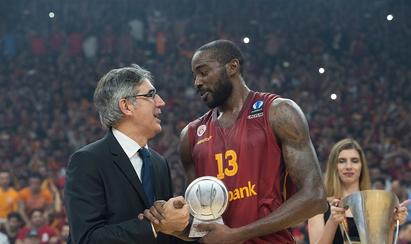 "Stephane, I'd say, is one of the best defenders in the nation, bar none. He can really change a game with his defense, he is a difference maker. He is one of the best shot blockers I have ever coached. The general consensus around the Atlantic 10 is that Stephane may be the best pro prospect in the league this year. I hadn't looked at it in that aspect. But I can't 100% disagree. For what he can do and how much he has gotten better this year. He is the number one returning shot blocker in Division 1 this year with Josh Boone from UConn in the NBA and Shawn James (Northeastern) sitting out after transferring. Stephane's offensive game is coming along. Stephane comes to the gym everyday ready to work, listen and learn and his best days are ahead of him. I think once he realizes how good he could be, the sky is the limit for him."
View on Mobile